A Year in Burgundy – The Film

Here is a film you have to see, whether you’re fan of Burgundy, Burgundy wines, or just wines! It may not come to a NuMetro or a Sterkinekor near you…but it will soon be released on DVD, we will keep you posted. 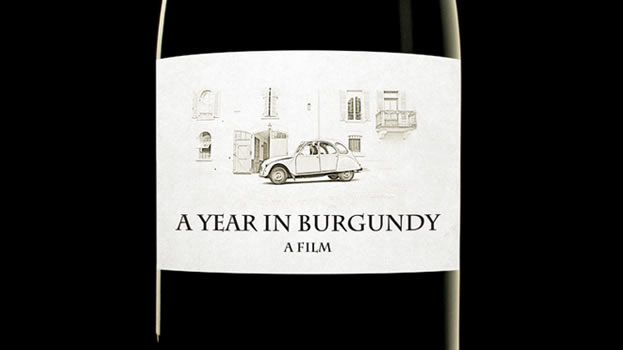 So what is it about?

The name of the film says it all: Experience a year in Burgundy.

The film is in four season-sections, and plays out against that backdrop: spring showers, drought, heat wave, hail and storms, harvest moons and the damp cold of winter. Each vintage is a time capsule, a bottled piece of history of a very specific year, with its particular weather pattern, its crises and its triumphs. It all goes in, whether you want it to or not, and 2011 was full of drama.

In the film, we get to know our half-dozen wine-makers: they are artists, whose personalities shape the flavor and style of the wines they lovingly craft. There is joy, fear, anxiety, triumph, and laughter in their experiences. With the Morey-Coffinets, we meet three generations of wine-makers, and little two-year-old Celeste, the first of the fourth generation. In Lalou Bize-Leroy, we meet the uncrowned Queen of Burgundy – now in her eighties, still involved in every detail of her winemaking, creator of some of the best-renowned and most famous wines on earth.

Here is the trailer:

We get a sense of the deep history involved. Though they use many of the latest equipment and techniques, the secrets of winemaking in Burgundy and the discovery of the best terroirs (and how to exploit them) have been developed since Roman times. Indeed, the Cistercian monks kept the art alive during the Dark Ages (500-1000) and developed a whole industry in the Middle Ages: their central wine-making HQ, Clos de Vougeot, still exists, and is the location for one of the central scenes of the film: a great mid-summer banquet.

Burgundy is exquisitely beautiful. Even if it had no vines, it would be a favorite destination. Its ancient villages, its gentle hillsides, valleys and streams give the impression of a fairy-tale land. Yet it’s here that we find what is arguably the most valuable agricultural land on earth: tiny vineyards no bigger than many people’s backyards produce wine that sells for thousands of rands a bottle…