Concerto for a wine-tasting

Music influences wine tasting, according to a study realized by the British Journal of Psychology. 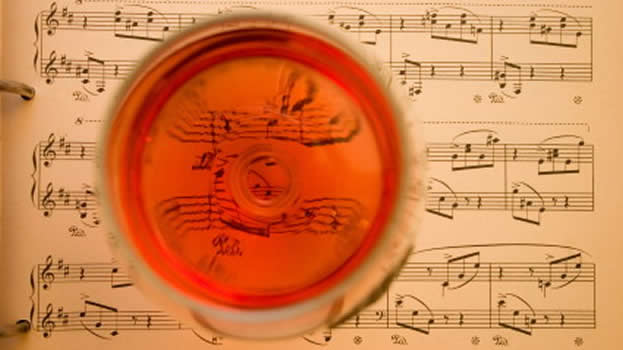 Adrian North, from the Herriot-Watt university launched this case study with the help of 250 students, tasting a red wine (Alpha 2005 Cabernet Sauvignon) and a white one (Chilian Chardonnay). They were distributed in 5 groups who would taste both wines while listening to different styles of music in separate rooms:

After 5 minutes, wine tasters were asked on their perception of the wines. They had to choose between a list of terms (the same attributed to the different music styles: subtle, heavy, sweet,…). As a matter of fact, the music did affect the global perception!  As an example, both the white and red wines received the most “heavy” and “strong” evaluations when  tasted while listening to Carmina Burana. The ones listening to Michael Brook would rate, more than others, their wines as sweet and mellow. The emotional connotations induced by the music can act as a symbol that influences the perception of the taste, comment the scientists. 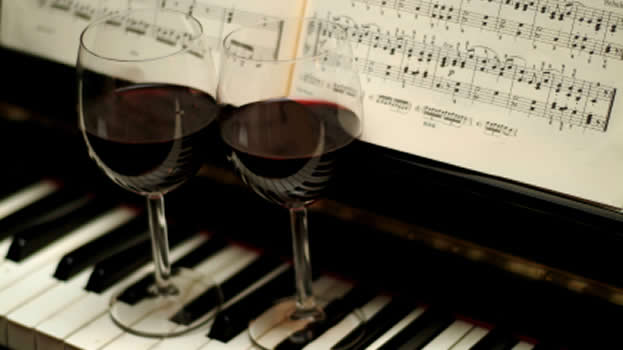 A former study showed that the taste is also influenced by the color and intensity of ambient lightning… In other words, there may be other places than a Metallica live concert to fully enjoy a subtle wine…
Another study also proved that classical music leads customers to spend more in restaurants than pop music. Based on that fact, I must admit that I’m definitely willing to pay a larger bill than have to suffer from Justin Bieber for 2 hours…
What do you think?